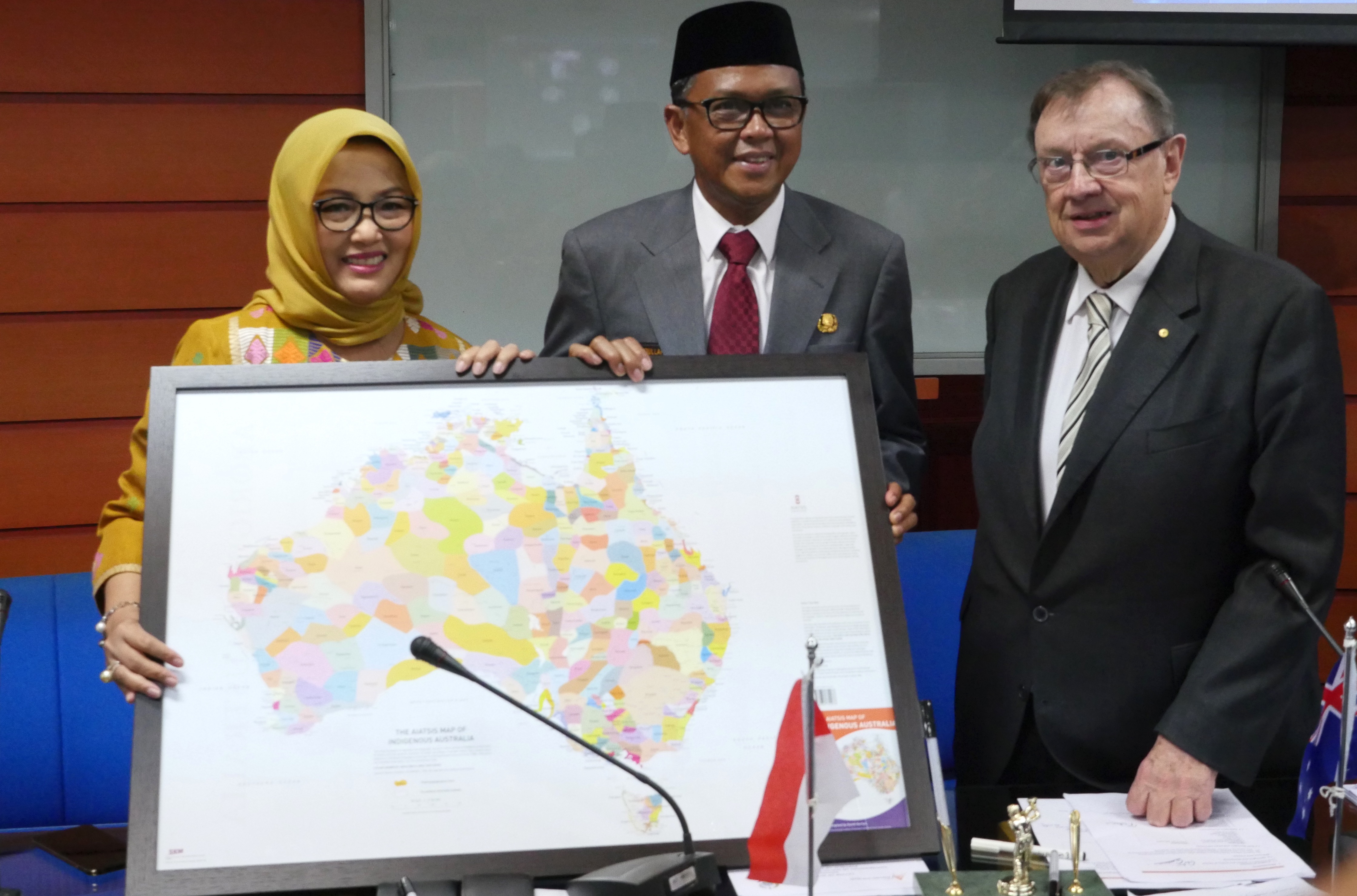 This week began with a fascinating visit to South Sulawesi and its principal city of Makassar with a population of 1.6 million.

As part of Indonesia, South Sulawesi hardly comes on the radar of Australians and that’s a great mistake. Indonesia, which was a Dutch dependency until 1945, has recently had an incredible change in its fortunes. South Sulawesi is no different.

A major reason for these remarkable changes is the emphasis that its central and provincial governments place on education, including tertiary education.

In fact, much of my recent trip centred around the central role that universities can play in the creation and distribution of wealth.

On Monday I signed an MOU on behalf of The Australia-Indonesia Centre with the incredibly impressive Governor of South Sulawesi, Nurdin Abdullah.

We signed it at the Hasanuddin University with Rektor Professor Doctor Dwia Aries Tina Pulubuhu witnessing the MOU.

Here is a story that Australia could well learn from. Hasanuddin University and its Rektor Dwia, which roughly translates as Vice-Chancellor, is a star amongst the 100 plus universities in Indonesia.

She has just signed a second 5-year term and has been elected as head of the Rektors Association of Indonesia.

Senior female academics are welcome in this majority Muslim part of the world.

It’s a sign of an outward looking and progressive society. Not the repressive stereotype that too many of us accept without question.

South Sulawesi has a growth rate of 7% and its university is at the centre of it. This is where the story really starts.

The Governor’s mansion in South Sulawesi is an impressive Dutch colonial building located in Makassar.

It’s not quite on the scale of the White House but it makes the Lodge and Kirribilli House look like a couple of country cottages. So, the Governor of South Sulawesi could choose to live in most ornate circumstances.

Most of our new Prime Ministers move the family straight into Kirribilli, although one recent former Prime Minister thought it wasn’t quite up to the standard of his usual harbourside abode.

But the new South Sulawesi Governor, is a man set apart from the long line of governors going back through colonial times.

In fact, he graduated from Hasanuddin University where he is a Professor. Not for him, the move into the palatial residence set aside for the Governor.

This highly trained agricultural scientist has chosen to stay at his home at the university – a clear sign to the people that he is one of them.

In taking up reins of government in challenging and changing times, he immediately assembled his personal staff.

However he didn’t take them from the normal lot of political minders and apparatchiks.

“You mean hacks!” says Louise. Correct. He took the finest minds from the universities with him and I saw them in action last Monday as they presented their plan for South Sulawesi for the next 5 years.

They were very direct about the challenges they face which they set out as inequality, disproportionate development and construction, poor irrigation, road upgrading and the emergence of the developed world problem of illegal narcotics usage.

The Governor’s team of highly educated university leaders laid out a blueprint to address each of these problems by maximising their agricultural potential and then they went on to address new industrial developments in energy and mineral resources.

But as they say: Wait! There is more!

This group then outlined how the benefits of this planned economic improvement would be returned to their community through upgrades to education, healthcare and a range of social programmes.

As I sat listening to the Governor, I thought, I haven’t seen such an honest all-encompassing program like this anywhere amongst our western governments and certainly not in Australia.

With Australia’s growth rate at our own chest thumping sub 3%, (and falling), here was one of the regions of Indonesia continuing to leap along at 7%.

Indonesia is headed towards being one of the great economies of the 21st century. If they keep up this pace, they will charge past Australia to be the fourth biggest economy in the world by 2050.

This world is changing dramatically and Indonesia, our nearest and biggest neighbour, will be a massive part of it. The US is currently trying to come to grips with China.

As Lawrence Summers, former US Treasury Secretary once asked, “can the US imagine a global system in 2050 in which the US is half the size of the world’s largest economy which will be China”.

I wonder if Australia properly understand that by the same year, our nearest neighbour which is now about the same size as our economy, will also be a global economic giant?

At the moment both government and business are ignoring opportunities. We are also not nearly sensitive enough to the complexities and the challenges of our great neighbour.

The thought bubble about the location of our embassy in Israel, another of our great friends, is an example of our lack of understanding and sophistication.

We have to do better at being an independent, self-confident country which embraces the diversity of world views in order that wealth, not only increases, but is spread more widely amongst our people and the people around the world with whom we trade.

As I mentioned in my previous blog post, expanding wealth is the key to greater security for all of us in this rapidly changing world.

Harold Mitchell is the Chair of The Australia-Indonesia Centre.

This post was originally published in his blog. Read the original article.