Bukalapak: innovation is key for developing tech talent and businesses 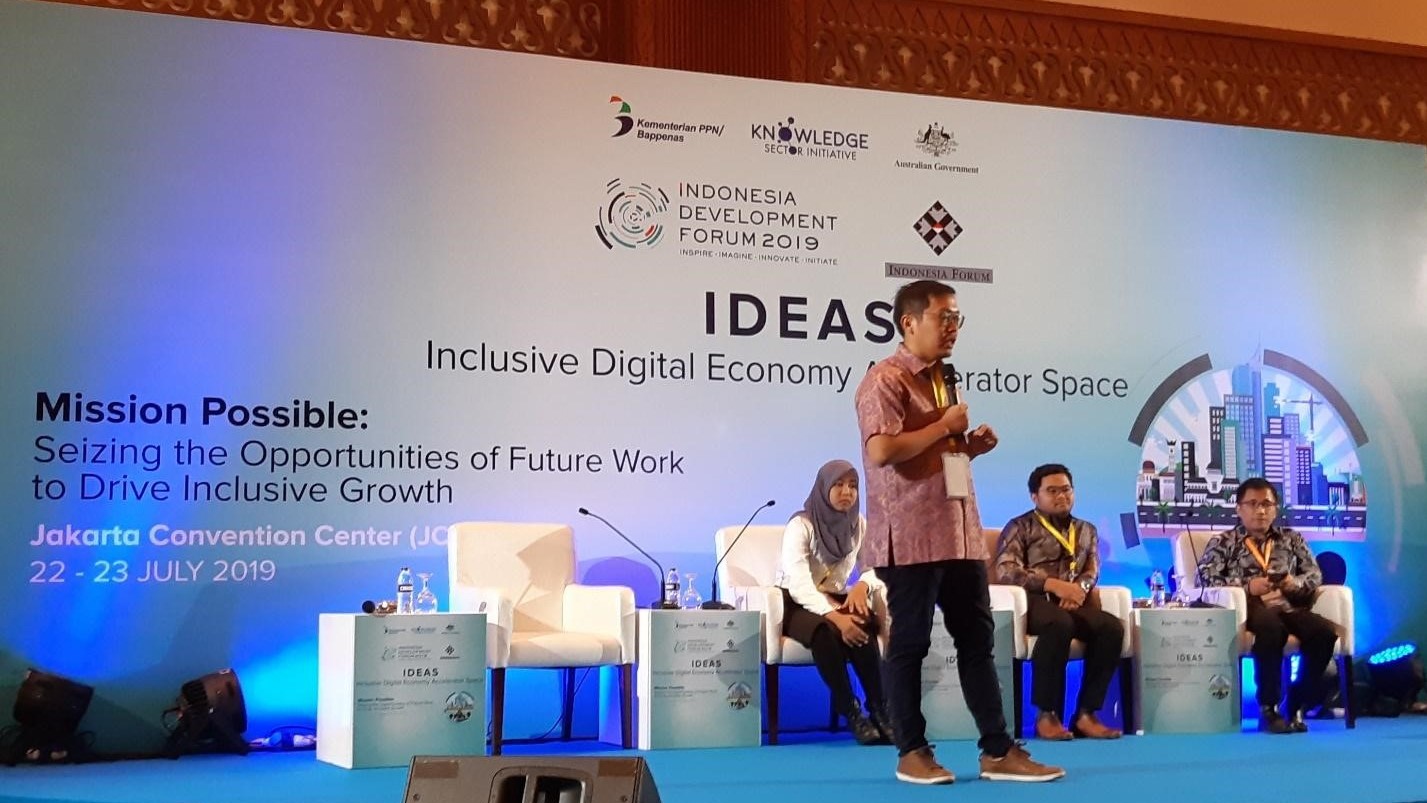 “For example, sellers can now sell through social media to expand their business and remove distribution costs,” he shared during a panel discussion on day two of the Indonesia Development Forum (IDF) in Jakarta.

The idea of Bukalapak, he said, was inspired by many owners of small and medium enterprises (SMEs) in his hometown of Sragen in Central Java who were still living in poverty. Zaky and his college mate asked themselves how they could support small businesses using technology.

“SMEs do not have the luxury of expanding to the bigger, national-scale market. So, our mission is to help them to become more productive by simplifying their business through innovation and technology.”

“Besides having 4 million pelapak, or online merchants, Bukalapak has also been partnering with local warung, or street stalls, to help them grow their businesses by connecting them to online applications,” said Zaky. Indeed, the value of these transactions is less than what Bukalapak’s online merchants turn over. He noted, however, that between the two groups the offline partners enjoy higher rates of transaction growth.

The difference between Bukalapak and other e-commerce platforms in Indonesia is its commitment to empowering SMEs, as, with Bukalapak, operators can not only sell their products but also learn.

“Bukalapak empowers community members by improving their digital literacy in a massive way. The experienced merchants become mentors so that new merchants can have a role-model and learn to improve their business through technology.”

After joining the online platform, Zaky claimed, merchants could triple their incomes as they become digitally literate and gain access to virtual products to sell for additional income.

“Sellers have also been taught to vary the products they sell and to offer various services to their customers, such as bills payment [and] buying shares in mutual funds.”

Despite the continued shortfall of tech talent in Indonesia, Bukalapak is now a workplace for approximately 2,500 people, nearly half of whom are local tech talent. Zaky emphasised that Indonesia is in urgent need of senior level tech talent.

“Our undergrad tech talents are almost the same quality as those from developed countries, such as the US, Australia, Japan and Korea. But if you compare the CEO or CTO in Indonesia, let’s say myself, to the big names, such as Facebook, Google and Amazon, there remains a huge gap there.”

“To fill this gap, Bukalapak has recruited foreigners and members of Indonesia’s diaspora who have been working for tech-giants for years – and thus understand and already have experience with the industry.”

Zaky believes entrepreneurial education is the key to accelerating the emergence of local talent and startups.

“Our culture is still very anti-risk, so getting a permanent job is considered an achievement. By educating our children with entrepreneurial skills, becoming an entrepreneur can be their new goal – and more entrepreneurs means more inspiration for members of the younger generation to become one themselves.”

Bukalapak has been encouraging the government to create a high-tech ecosystem, with more talent depth, through research and development, as well as setting up their own R&D centres.

“Our industry is still very basic, we need more advanced industries and R&D centres to develop advanced talent. What has us lagging behind developed countries is the accumulated experts that they have from their various industries.”

The Indonesia Development Forum, which this year attracted over 2,000 participants, is supported by the Knowledge Sector Initiative, a partnership between the governments of Indonesia and Australia aimed at improving the use of evidence in development policymaking.