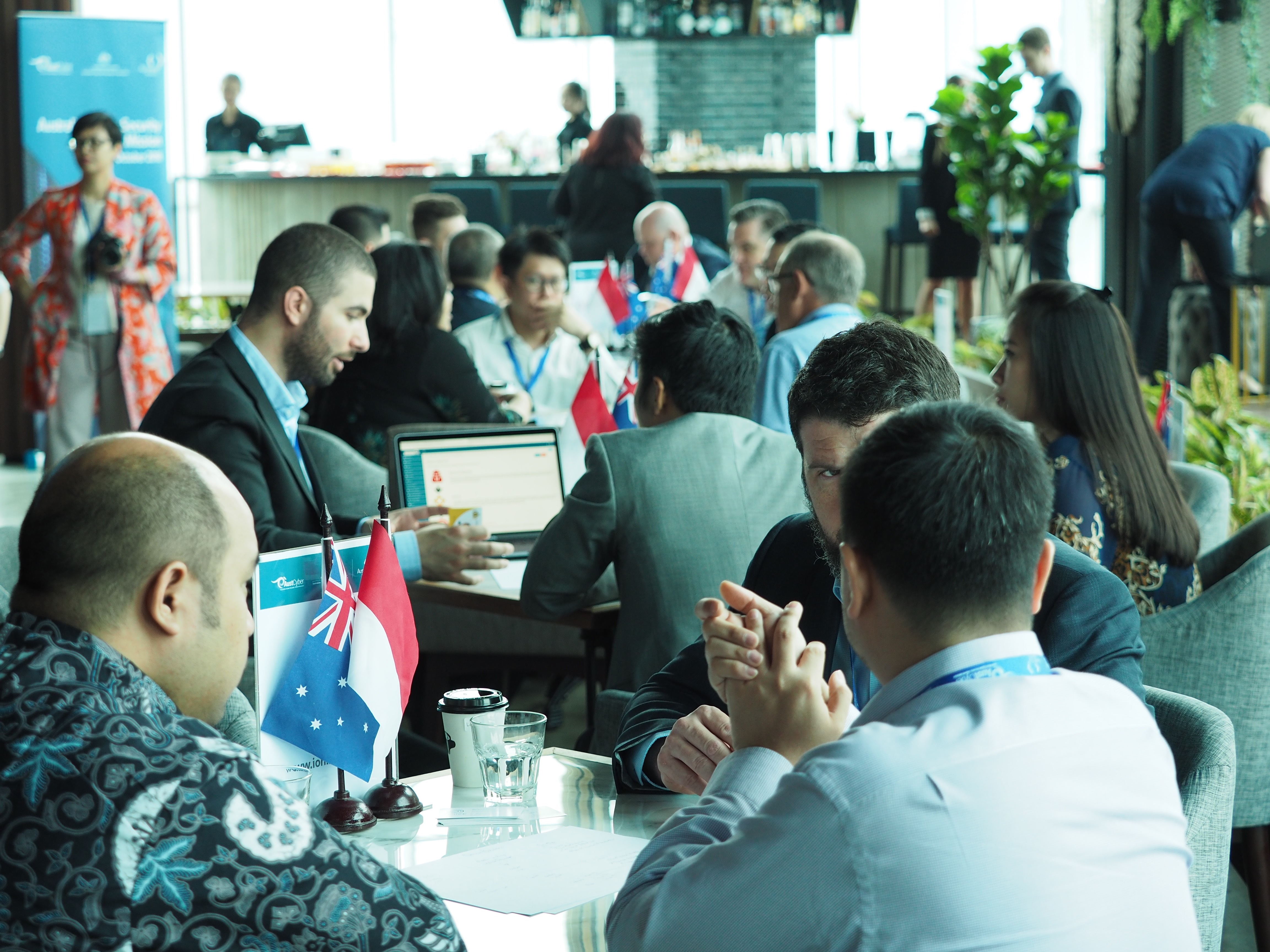 Indonesia’s economic growth, development challenges, and young population are driving the use of digital technology in a way that is very different to Australia, and in many ways is more disruptive.

Regulations are still being formulated and young entrepreneurs are finding new ways to fill market gaps and solve problems.

It takes some lateral thinking to determine where Australian technology can contribute and be a part of the nation’s immense change, as a group of delegates from cyber security firms found on a recent visit to the capital city of Jakarta.

Headed by the CEO of AustCyber, Michelle Price, she reminded delegates that “if we don’t get cyber right, we won’t get digital right”. And this is where Australian technology could be a part of Indonesia’s progress.

“I think the awareness and understanding are already there, but the implementation is not there, and because in the regulation there is no sanction, heavy sanction for not implementing security. They are aware but they don’t do it.”

The consultant explained why cyber security is not seen as a priority, despite the dynamic digital environment.

“They are still focusing on the business, or the personal side, and then for the security side, I think if they have an incident then they become aware and they then implement the security technology.”

For many in the group, it was a first time visit, including for Brisbane businessman Jamie Wilson, the founder of Your Digital File.

“I think having a look at it from their positioning, out of their lens, not out of an Australian lens, is where a great deal of opportunity is, by working with them and not dictating and not saying ‘you’ve got to do it this way, it’s the only way’. You’ve really got to understand the land, the people, and the way they go about business.”

The cyber security industry has been identified as an area where Australia can potentially find some business and contribute in a useful way.

Michelle Price said that Australia is poised to come into Indonesia at a critical moment and support it in having a more resilient digital economy, while also learning about a nation that has to operate on a mass scale and meet the demands of a young population.

“At times we have taken the relationship for granted and assumed what our friends have thought.”

Indonesians are avid users of their smart phones to access a range of services and goods, and five unicorn companies (businesses valued at $1 billion or more) have come out of the country in less than ten years.

The government is also trying to move more bureaucratic systems online to reduce the potential for corruption and cut red-tape.

The two countries have recently signed an MoU to share best practices in policies and procedures, training, and innovation in the digital economy.

Tobias Feakin, the Ambassador for Cyber Affairs Australia said the MoU should create a competitive advantage for both countries.

“How do we put ourselves ahead is the evidence of doing so, which means that our companies get involved in this environment and this digital economy picture that is growing here, and place themselves at the forefront of that. It’s a great opportunity right now to be at the beginning of a journey.”

The two neighbours have different cultures and systems which can make it difficult to do business, or even encourage it.

The cyber-security industry is one where it is considered that businesses can effectively collaborate and find a market space, while helping each other learn something new along the way.