The Indonesian MotoGP became the most popular sporting event held in the country since the pandemic halted all normal activities.

Its inaugural event attracted more than 60,000 spectators from across the archipelago, travelling to the new 4.3 kilometre track built on the island of Lombok. It was a ‘test run’ of the new Mandalika International Street Circuit which is hoped will help build the island as a destination point and direct more tourism funds back into the economy.

I was one of those thousands of tourists visiting Lombok to watch the MotoGP; only fully vaccinated spectators were allowed to enter the circuit and mask wearing was mandatory. From personal experience I can say that the restaurants were full and gift shops ran out of some product line, while local news reported that airlines had added extra flights and all accommodation was fully booked.

Being a racing fan, I have to mention that the Portuguese rider for KTM Factory Racing, Miguel Oliveira, won the crown on a rainy Sunday day. Oliveira outperformed the French rider and reigning World Champion, Fabio Quartararo (Monster Energy Yamaha MotoGP), who finished second ahead of his compatriot Johann Zarco (Pramac Racing).

All racers waved their hand while passing the grandstands at the end of the race, making the already enthusiastic audience cheer all the louder.

With this first big event now completed, there is an opportunity for reflection and consideration of what went well and what needs to be addressed before the next.

While the new venue facilities were ready and the racing events and ceremonies went well, as to be expected the event showed where there is room for improvement. This is critical as the national government seeks to secure a 10-year contract to host future MotoGP events in Lombok, and there is even some talk of hosting an F1 event.

While the facilities were well set out, it was when people started arriving that logistical challenges became apparent.  Firstly, the ticket gates were crowded and chaotic, making it impossible to implement social distancing. The shuttle buses bringing the visitors to the venue after receiving their tickets were also too small which made it difficult to carry a lot of passengers, an airport style bus might be more suitable in this situation.

Secondly, the traffic and transportation set-up failed those who had made the effort to watch the race. It took me three and a half hours to return to my accommodation which was located only 21 kilometres from the circuit. It was even worse for many others who spent more than seven hours trying to return to their accommodation, with some of them collapsing from having to walk to the bus terminal for two kilometres at night as the shuttle buses were stuck in traffic.

My belief is that officials will look at these shortcomings and make improvements for next year as the Mandalika circuit has the potential to improve Lombok’s economy sustainably into the future.

Economic Impact of the MotoGP

The tourism sector is indeed the most affected sector during the pandemic in Lombok. It can be seen from the number of tourists visiting the area and the hotel occupancy rates in the past five years.

As seen in the graph above, the number of tourists visiting the Nusa Tenggara Berat province (the local government area of Lombok) dropped significantly in the past two years, from more than three million visitors on average annually between 2016 and 2019 to only less than one million visitors in 2021, and 400 thousand in 2020.

Around 40 percent of tourists before the pandemic were international visitors, so it’s not surprising that NTB province lost a significant source of income when Indonesia shut its borders to foreign entries in March 2020.

In line with the decreasing number of tourists, the hotel occupancy rate in Lombok also dropped significantly during the pandemic.

While speculative, the slight improvement for occupancy rates at the rated hotels could have been due to tourists looking for accommodation that adhered to government guidelines on healthy protocols and safety measures during the pandemic. Implementing these measures may have been difficult for low-budget hotels to comply with with the cost outstripping the return.

Following the easing restrictions of COVID-19 in Indonesia in mid-March 2022, the race was expected to attract a large number of tourists to this beautiful island. As we know, the tourism sector creates a multiplier effect which not only creates jobs in the first level of the sector but also encourages growth in the primary and secondary tiers. For instance, tourists spend their money across a range of venues and services, which then has an effect on food producers, household income and casual labour rates.

The Development of the south coastal region of Lombok

For decades, the development of Lombok was mainly focused on the western part of the island, namely the cities of Mataram and Senggigi area in West Lombok regency which borders Bali.

The southern coastal region of Lombok around Mandalika has been designated as one of the so-called 10 new Balis, a government policy to create more tourism destinations and distribute wealth.

The Mandalika racing circuit is a key point of focus to assist in achieving this. Another key piece of infrastructure is the recently expanded Lombok International Airport and the 17.3 kilometre bypass road from the airport to the new circuit. 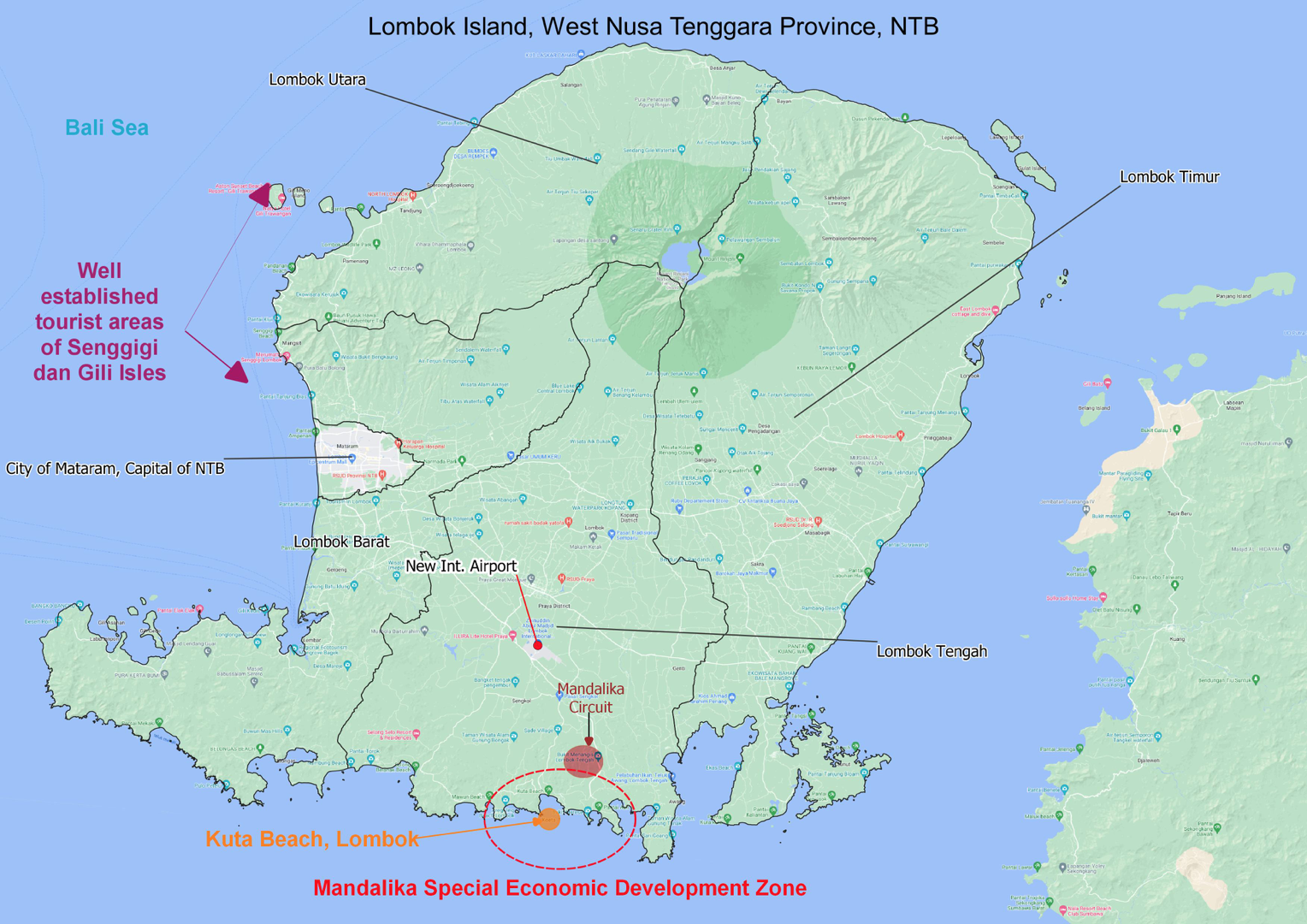 Mandalika has everything to offer, from an exciting race to the perfect getaway with famous beaches to upscale hotel options, cultural attractions and tantalising dining opportunities. As soon as the race is over, people can visit many nearby beaches such as Mawi, Selong Belanak as well as Kuta – yes, Lombok has its own beautiful Kuta Beach. They can also seek cultural experiences by visiting the Sade villages and enjoy Lombok’s traditional food such as sate rembiga and nasi balap.

From my experience more can be done to make sure that tourists can fully enjoy their experience, such as overcoming a lack of greenery and street lighting in the circuit and nearby areas. There is also some road damage from the circuit to the Kuta beach area. More affordable accommodation and shopping centres will also attract tourists to stay in the area for a longer time.

As the government is now also bidding to host the Formula 1 in the Mandalika circuit, I have sensed that the current development is the start of something bigger. The most important thing is that the local communities in the region can benefit from this development and the environment and biodiversity can still be preserved. 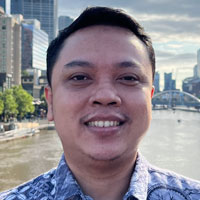