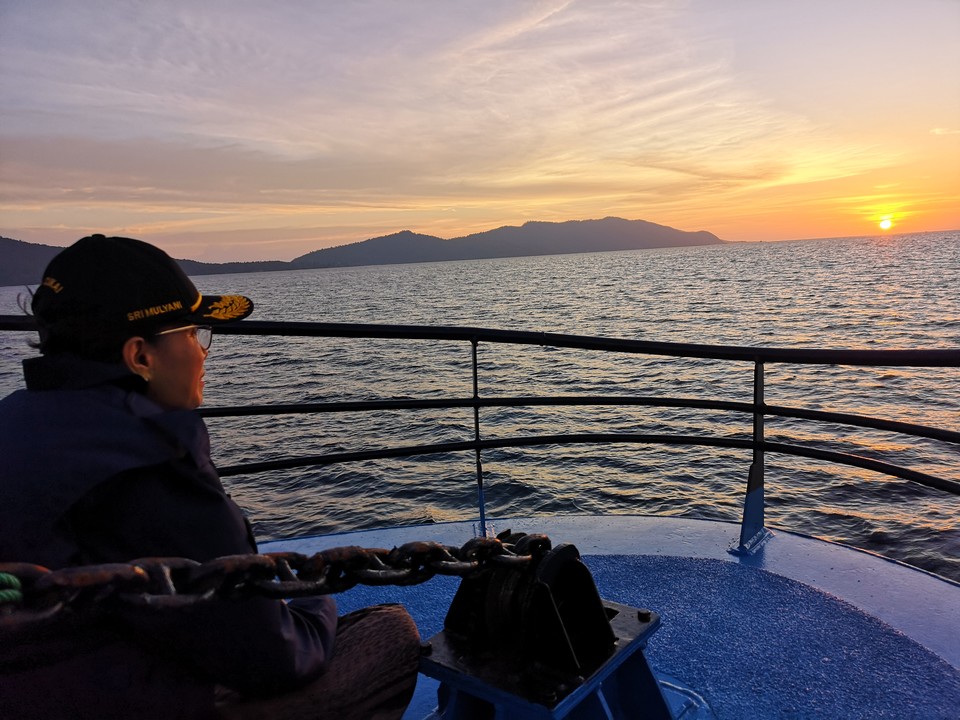 As 2018 comes into a close, we reflect how Indonesia’s economy has been remarkably resilient amidst the challenging global economic environment. Indonesia was able to weather the storm better in part due to a national budget that was designed to be agile. This agility helps the government swiftly introduce countercyclical measures, when required, in responding to external upheavals and cushioning the impact to our economy. Despite these challenges, we close the year with impressive numbers and solid fundamentals. Our national budget has proven its mantle as a credible and prudently-managed fiscal instrument.

A mix of factors created the perfect storm resulting in the global economic volatility we see today. The Fed’s monetary policy normalization with their rate hike tightens liquidity. The US Treasury’s expansionary fiscal policy, in the form of tax cuts and increased spending, bolsters aggregate demand. Furthermore, the US trade policy vis-à-vis China and Europe dampens global trade. The impact reverberates around the world and translates to appreciation of the US dollar, decreased capital flow to emerging economies, and uncertainties in global trade.

Downside risks and increased volatilities emanating from these global events continue to suppress growth. The International Monetary Fund had adjusted its global GDP growth projection from 3.9 percent to 3.7 percent for both 2018 and 2019. They had also adjusted global trade volume growth from 4.5 percent to 4 percent in 2019.

We hope cooler heads will prevail and the recently announced trade truce will lead to a more positive path. For decades, emerging economies have been enjoying the benefits of international trade that have translated to impressive poverty reduction and prosperity boost. We need to safeguard the socioeconomic progress made to date.

This year marks the 10th anniversary since the inaugural G20 Leaders’ Summit in 2008 amidst the economic crisis in the US –after the fall of Lehman Brothers and AIG triggered panic that led to the global financial crisis. In 2008, all G20 leaders collectively worked to save the world economy from calamity, by adopting synchronized cohesive economic policies. They successfully spearheaded financial regulatory reform to avoid future over-accumulation of risks. Furthermore, to avoid a race to the bottom, there has been significant progress on cooperation among tax authorities to fight evasion through the Base Erosion Profit Shifting (BEPS), Automatic Exchange of Information (AEOI), and taxation framework for the digital economy.

In the current global environment, we need the same level of cooperation that was present 10 years ago. While each leader has to address their own domestic economic and political challenges, strong cooperations are needed to minimize negative spillover from one country’s policy. Confrontation will only exacerbate the risks, erode confidence and weaken global economic recovery. The call for multilateral trade institutional reform, in the World Trade Organization (WTO), should be based on the spirit of improvement and cooperation to achieve fair trade agreement. All countries should have the same opportunity for their voice to be heard. These are the global challenges for all.

Fortunately, even with this challenging external environment, the broad picture of Indonesia’s economy remains encouraging and underscores that healthy economic fundamentals have been preserved. This is underpinned by a healthy annual GDP growth of 5.2 percent in 2018 –one of the highest and most consistent among G20 economies. This is partly driven by robust domestic consumption as well as recovery in investment and external demand. Furthermore, the unemployment rate is at 5.34 percent (the lowest since 2010) and the poverty rate stood at 9.82 percent (the lowest in two decades). Inflation has been benign at 3.13 percent in 2018. The Gini coefficient has also improved from 0.40 to 0.38. These remarkable achievements were done while maintaining prudent fiscal management.

Indonesia’s overall fiscal performance is solid with the tax ratio in 2018 reaching 11.5 percent of GDP –an increase of almost one percentage point comparing to the previous year, without jeopardizing the investment climate. We use tax incentives to encourage industrialization and investment appetite on top of our policy to simplify investment regulation. Overall revenue collection in 2018 grew by 16.6 percent, while public spending grew 9.7 percent. Furthermore, overall revenue reached 102.5 percent of the annual target for 2018, while non-tax revenue impressively reached 147.8 percent of the annual target. These indicators suggest that business activities have increased and profitability has improved. Overall, this is an outstanding turnaround story.

Spurred by an increase in domestic production activities, we have also seen strong growth in imports which outstrips export –exacerbated with the higher oil price as well increased demands for capital goods and raw materials. The government took necessary steps to keep the current account deficit at a healthy level and preserve the confidence level in the market.

The government will remain vigilant in monitoring these global dynamics. We will continue to strengthen our policy mix and maintain stability while preserving the momentum of growth. Along with the nation’s independent central bank, financial services authority, and Indonesia Deposit Insurance Cooperation, the government is committed to preserve the stability of the financial system and continue to deepen our financial sector.

At the same time, to boost productivity and competitiveness of our economy, we will invest more in our human capital as well as improve infrastructure for connectivity and efficiency. The increased budget allocation for education, health and social safety net is a testament of the government’s long-term commitment in investing in our human capital and in reducing poverty even further. Indonesia’s workforce needs to be able to compete in the technological and industrial revolution 4.0.

Indonesia is also undergoing an infrastructure renaissance. The government has made an important decision to address the many years of under-investment in this sector and bridge the infrastructure gap. We are committed to invite more private capital to participate in building infrastructure, through more advanced and diverse instruments to promote public private partnership.

As a US$1 Trillion economy, Indonesia remains an attractive market and investment destination. Our middle class is growing, our young population makes a potent workforce, our economic policies remain prudent, and our improved investment climate is attracting capital inflow. Furthermore, we preserve the people’s purchasing power, support small-medium sized enterprises through microcredits and tax cuts, as well as promote the tourism sector to new destinations across the country.

The Outlook for 2019: Maintaining Prudence and Credibility

The recently approved 2019 national budget maintains the tradition of prudence and credibility in our fiscal policy. The budget will continue to be an instrument for poverty reduction, jobs creation, and bridging regional disparities. To finance various development programs amidst the global uncertainties, the budget will remain healthy and credible. Furthermore, the self-sufficient nature of next year’s budget is evident from the significant projected growth of state revenues, both from tax and non-tax sources.

The 2019 budget carefully factored-in the prospects ahead in light of the global economic condition that is moving towards a new equilibrium. Despite the political year, we remain optimistic in our macroeconomic assumptions for next year’s budget. In 2019, the government projects the economy will grow by 5.3 percent, inflation be kept stable at 3.5 percent, while global volatility will remain rising.

As an economy, Indonesia has been able to withstand past hurdles and has learned a lot from the Asian financial crisis of 1998 and the global financial crisis of 2008. One common lesson we grasped is that we always need to focus on reforms to strengthen our fundamentals. In the past two decades, key reforms were introduced to strengthen our economic resilience and ensure that the economy is managed more prudently. Under the leadership of President Joko Widodo, the government remains committed to the reform agenda.

2018 has been a remarkably resilient year for Indonesia. By the same token, we are also optimistic about Indonesia’s economic prospects in 2019.

Sri Mulyani is Indonesia’s Minister of Finance. This post was originally published on her LinkedIn.