Technology’s shifting sands and the need to reconfigure government 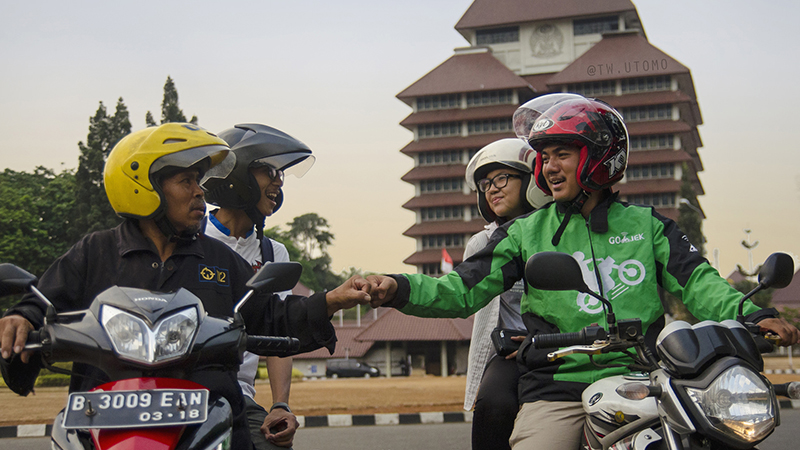 ‘Disruption’ is a term that comes to mind when we think of transformations in economic and commercial interactions, both in terms of what is produced and consumed but also in the ways in which they are conveyed or mediated.

When a company like Indonesia’s rocketing start-up Go-Jek can provide services that include ticket booking, food delivery, in-home massages, digital payments, and transport, can the existing regulatory environment keep up?

Creators, producers, mediators and consumers are all being rearranged (proactively and reactively, enthusiastically and reluctantly) in terms of the way they interact. Notably, this also entails a transfer of economic and other rights. The 19th century notion of privacy, for example, or of proprietary personal and corporate rights, are being redefined at an accelerated pace.

The state sector is also affected. This does not just mean things like e-government, in which public services – be it paying taxes, securing various kinds of ID, even civic duties like voting – are being disrupted. In many respects these changes reflect a kind of disruption only to the depth of the skin. Largely unchanged, however, is the skeleton of the way government operates, especially in terms of developing and implementing regulations.

Unless someone can inform me differently, all government are still structured along “sectoral” lines. We all have ministries of agriculture, industry, education, finance, transport, health, social welfare etc. Our Parliaments invariably are structured along similar lines. We have Parliamentary Commissions/Committees that deal with agriculture, industry, education, finance, transport etc. The traditional social and economic policy silos are often governed as stand-alone bailiwicks. Perhaps this made some sense when farmers just made agricultural produce, factories just manufactured things, telecommunications companies just dealt with phone calls, banks dealt with savings and loans, while taxi services just ferried people from A to B.

But what happens when a taxi company ferries food around a city, or a telecommunications company provides financial transfer systems, or a TV station provides multi-media access beyond air, or who knows what will suddenly emerge in the coming months and years? In essence: what happens when the biggest taxi service owns no cars and the biggest organiser of accommodation owns no hotels?

With the creative sectors opening economic and other activities that operate on a cross-sectoral, multi-sectoral and inter-sectoral basis, this traditional sectoral approach fails. Governments either end up strangling creativity and opportunity for wealth creation by attempting to force economic round pegs into regulatory square holes, or end up non-regulating thus producing inequitable distribution of economic opportunities and an unregulated predatory jungle.

Another fundamental danger of the traditional sectoral approach is that focusing only on your own little sector of regulatory authority means you cannot see the unintended consequences of what your regulations create. A seemingly good idea for regulating the relationship and balance of rights and accountabilities between producers and consumers of some or other service in some area is unlikely to reveal the side-effects that can have a devastating impact on those beyond that sectoral relationship. When such consequences manifest, the response can be a kind of regulatory panic attack of a kind that can lead to overcompensation (strangulating over-regulation).

Another common case relates to the relationship between phone user and phone service provider. The famous multi-page, tiny font, take-it-or-leave-it “contracts” that customers must sign to gain access to the service is hardly one of equality between contracting parties. Given common market structures in which there are very few sellers and numerous buyers, again the issue of relative power balance is one of concern.

This is more so when matters like the personal information and data of the buyer become property of the seller (the service provider), which they can exploit for their own subsequent commercial advantage. Does this convert the customer into a data guinea pig? Classic arguments like “They don’t have to engage with the sector if they do not want” ring somewhat hollow when to live off the ICT grid today is akin to living like a hermit in the 19th century. These sharp transformations of rights, responsibilities, authorities and obligations would appear to be a side-effect common to many digital disruptions.

I would like to suggest a different way to look at the task of state regulation, be that at the level of the government, the parliament and perhaps even the judiciary.

My thinking would be to shift away from the traditional “sectoral” approach that focuses on what is produced, mediated or consumed, and focus instead on the implications of the rights, responsibilities, authorities and obligations that are affected by all these issues. This would cover intellectual rights, property rights, consumer rights, privacy rights, worker rights, human rights etc and how these affect various socio-economic groups and communities within society.

Matters such as management of the provision of state services – be this welfare, immigration, lands and business permits – could be separated from the policy-making parts of Government and managed as a single door agency or ministry that services all citizens on behalf of all policy ministries. Block chain technologies can easily enable the payment of land and property taxes with formalising changes in land certification registration etc, thus greatly enhancing the efficiency of service provision.

It is no doubt dangerously optimistic to expect such a fundamental redrawing of centuries of public policy and administrative practice any time soon. At the same time, however, I would suggest it dangerously optimistic to believe that these existing practices and structures can create an effective and equitable basis for regulating the ever-faster-changing landscape of commercial and socio-economic relationships between members of society.

This is a problem shared by all nations. It may be worth some effort among governments to begin to share experiences in facing these challenges and also sharing any experiences they may have derived from trying to address these same challenges. It may also prove to be a valuable area of research bringing together an array of social sciences and the sciences of STEM.