The politics of happiness: Mayor of Bandung Ridwan Kamil on maintaining the middle 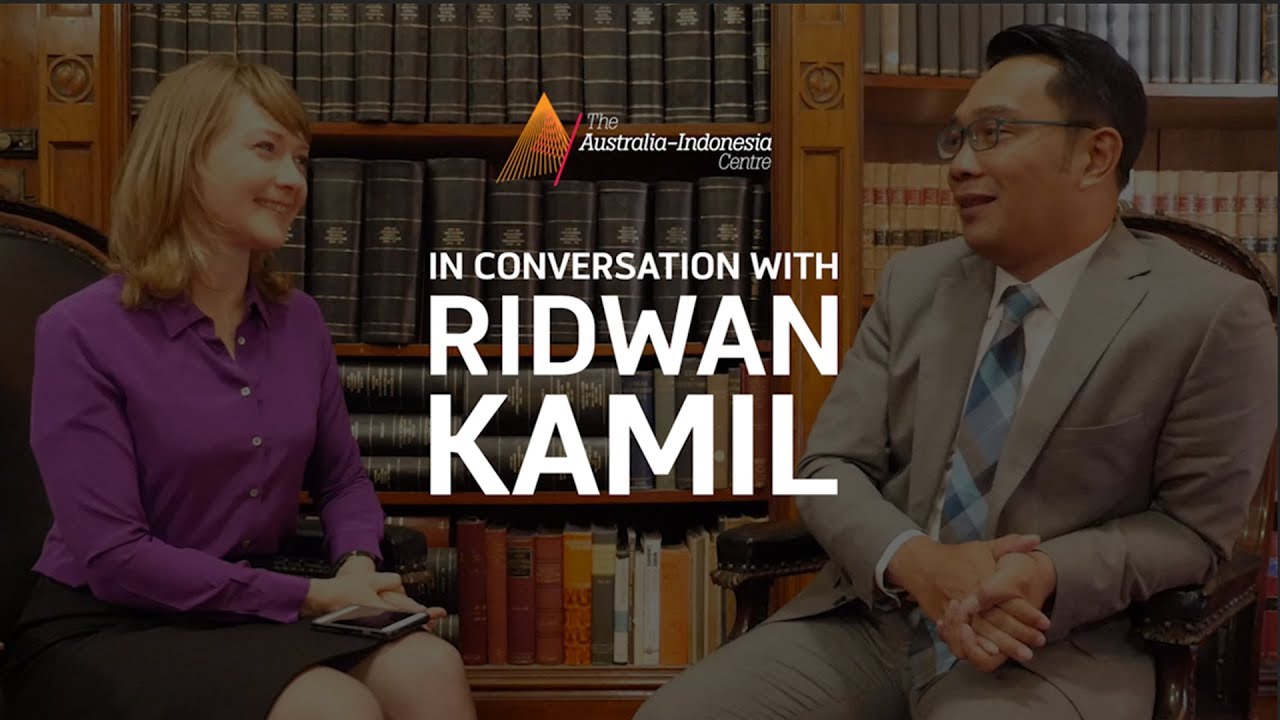 Ridwan Kamil is not well known in Australia, but in Indonesia he represents a new generation of politicians that is gaining attention, and who want to make an impact to improve people’s lives.

As the recently elected Governor of West Java, Mr Kamil will soon serve a population of almost 50 million people. He was most recently the Mayor of Bandung, the third largest city in Indonesia with approximately two and a half million people. He introduced a range of programs to improve digital connectivity and data use for the city’s services, and also tapped into people’s aspirations for a creative society.

In 2015, Bandung was named a UNESCO Creative City of Design, with the forward-thinking, tech-savvy outlook he feels it shares with the City of Melbourne. He visited in August with business groups and Melbourne’s Lord Mayor Sally Capp to learn more about how design was being used to create better living spaces.

“I think Melbourne has good infrastructure for start-ups and creating apps for solving urban problems, we would like to engage with that,” he said.

While in Melbourne he met with technology start-ups at the Stone and Chalk innovation hub, and was particularly interested in agricultural technology, speaking to providers about whether they could create systems that would help fishermen better track potential catches through satellite positioning.

“My vision number one as the Governor is to use Bandung’s success to be applied to the urban area within my jurisdiction,” he said. “But for the rural it will be a challenge – how I can use the digital technology to educate my farmers, to bring them to a level to understand the online business.”

“These kinds of questions are really my challenge.”

Ridwan Kamil has also just won a significant election at a time when questions are being raised about the direction of Indonesian politics.

There is concern about the impact of conservative Islamic religious views on the voting public, which saw a former Governor of Jakarta jailed for blasphemy, and religion being used as a tool in political campaigns. The President, Joko Widodo, recently appointed strict Islamic leader Ma’ruf Amin as his running mate for next year’s presidential campaign.

“I think the Australian people and government must understand that since our independence we are always in the middle,” Mr Kamil reasons. “We are not leaning to the right, or leaning too much to the left. We have Pancasila, our five principals becoming our sacred philosophy, because Pancasila will always keep Indonesia in the middle.”

Mr Kamil says he will use his role to show the middle way and maintain stability in communities.

“As the Governor of West Java I have a challenge to bring the province of West Java back to the middle, because the issue of intolerance, of radicalism, conservatism also become my challenge.”

He says one of the strategies will be to keep the peace by encouraging the middle way of a dispute rather than letting citizens take matters into their own hands. The new governor is also developing an economic strategy to ensure citizens feel that they have a stake in the region and benefit from it.

And what can the city of Melbourne learn from a city like Bandung?  According to Ridwan Kamil, it can learn happiness!

As Mayor he established a roving mini-van clinic which provided psychiatry, psychology and general practioner services to stressed-out residents of Bandung.

“I think, in my opinion, the happiness is becoming the new theory in building a society, not always about the development ways, but how happy you are,” he insists. “I learnt that in many developed economies mental health problems haves become a big issue because of the stress coming from the life. I don’t want Bandung to fall to that issue, that’s why I created this happiness project, it works quite well.”

And the plan is working, with 87% of residents reporting that they are happy or very happy.