The Australia Indonesia Centre is interested in the shape of future cities through its research work in Makassar, a thriving port city and capital of South Sulawesi.

The province of South Sulawesi is the focal point for the AIC’s interdisciplinary research work through its signature PAIR program (Partnership for Australia Indonesia Research) and this includes looking at how a new railway line will impact communities between city and country.

The AIC Infrastructure and Sustainability Fellow, Bernardus Djonoputro, attended the The 12th Asia Pacific Cities Summit (2019 APCS) and Mayors’ Forum Brisbane in July last year, and sees great opportunity for the AIC to be involved in the next event to be held in Bali, given the AIC’s involvement in research with cross-country impact.

Here is his report from the last summit.

The 12th Asia Pacific Cities Summit (2019APCS) and Mayors’ Forum was held in Brisbane from 7-10 July. More than 1400 delegates from 140 global cities, including 83 Mayors and Deputy Mayors, converged on Brisbane for this premier event. Alongside the 2019APCS main program was the 2019APCS Mayors’ Forum, an important opportunity for City Leaders from the region to discuss current issues and exchange urban governance experience.

The cities represented a geographical spread from east to west of Indonesia, including the major metropolitan area of Greater Jakarta to an island city in the east.

The response to some of Indonesia’s most important challenges will be determined in its cities. Indonesian cities can lead a healthy, sustainable and resilient course for the future. While much of the global sustainability and resilience attention is focused on coordinated country- level action, cities undertake meaningful and effective local-level action. When this practical action is aggregated, there can be significant improvements to global outcomes.

Throughout the conference, set in beautiful and conducive Brisbane’s Southbank, the Summit was an insightful event. The Indonesian mayors had the opportunity to network and discuss possible city-to-city cooperation. I attended several of those meetings with Mayor Bima Arya and Mayor Sina.

There were also meetings with delegates of Australian architects and builders on the conference sidelines.

This summit was particularly important for Indonesia, as the next will be convened from 6-9 July 2021 in the City of Denpasar at Bali Nusa Dua Convention Center. The 2021 APCS marks the 13th anniversary of this iconic event for the Asia-Pacific region. The 2021 APCS aimed to be a key platform for city, business, industry and emerging leaders to connect and shape the region’s urban agenda.

About the 2019 Summit: Driving Cities through Business and Innovation

Under the leading theme of Driving Cities through Business and Innovation, delegates made new business connections, engaged in meaningful conversations about the innovation, mobility, livability and sustainability of cities, and heard from inspiring speakers over four days. The 2019APCS offered an extensive program featuring 196 presenters, including keynote speakers Marc Randolph, Co-founder of Netflix, Andreas Weigend, Former Chief Scientist of Amazon and Peggy Liu, Chairperson of the Joint US-China Collaboration on Clean Energy (JUCCCE).

Cities are increasingly recognized as key influencers, connectors and contributors to the global economy. A recent Regional Economic Outlook produced by the International Monetary Fund stated that the Asia Pacific region’s economy is growing at 5.5%. It accounts for nearly two- thirds of global growth, making it the world’s most dynamic region. In the issue of urbanization, the region is home to the largest concentration of urban residents and the fastest growing and changing cities on the planet. At least 85% of the world’s fastest growing cities will be in the Asia Pacific region (World Economic Forum).

Urbanization and urban issues are central to city leaders. Many Asia Pacific cities are globalizing, generating a new platform for economic growth. City leaders have a critical role in building the capacity of their cities to reap the benefits of regional growth and diversity, while also enhancing livability, sustainability and mobility. Innovation developed both at the regional and global level can contribute to economic growth, offer solutions to many challenges, and enable less developed cities to adapt new technologies and ideas to their individual circumstances to rapidly catch up to leading cities in the region.

According to Microsoft’s Digital Transformation Study of 2018, disruptive technologies are forecast to add more than US$550 billion to the Gross Domestic Product (GDP) of the Asia Pacific region each year. Venture capital continues to rapidly flow into the Asia Pacific region, with investment concentrated in both emerging and more established cities. The new generation of disruptive technologies from the Fourth Industrial Revolution have the potential to transform how mayors and bureaucracies manage  cities, communicate with their citizens, promote economic inclusion and enhance access to urban systems.

These technologies will also drive entrepreneurship and will increasingly underpin the region’s urban economy. As cities adopt better growth management practices, they create more attractive environments for business and talent.

Digital technology and innovation ecosystems will increasingly enable leaders to work with citizens to develop solutions to urban challenges. Open data has the potential to empower citizens, improve governance systems, enhance the delivery of public services and create opportunities for the private sector. Currently, there are some wide disparities in technological readiness in the region and access to digital technology is essential for intelligent urban systems and economies.

With mobile technology developing and being rapidly adopted, the traditional digital divide between high income and emerging cities is closing, offering significant opportunities across the region. The increased connectivity and mobility of people within and between cities in the region has contributed to a rich cultural and demographic tapestry in cities. City governments are rising to the challenge of meeting the multiple needs of their diverse populations and promoting inclusion.

While livability means different things to different people, ensuring residents can enjoy living in their city is a core objective of city governments. In the region’s rapidly urbanizing cities, city leaders have to meet the challenge of delivering urban infrastructure and public services in the face of demographic and population changes.

They are taking action to provide equal access to services as they sustainably urbanize. At the same time, they are celebrating culture and creating more vibrant and inclusive places. More advanced cities are focusing on livability for their residents and utilizing it to compete for global talent, investment and capital. The challenge for these cities is to provide essential infrastructure and services and also develop attractive places for visitors, investors and talent.

Higher-income cities generally have greater capacity to deliver economic, social and environmental outcomes. For emerging cities, the challenge of ensuring development in all of these key areas simultaneously can prove more difficult.

However, among these significant challenges, there is tremendous opportunity. With the emergence of innovative technology, together with leading city management practices, social, economic and environmental imperatives can be pursued simultaneously. Low and middle income cities can adopt innovative technologies and practices once they are proven in other urban environments and when they are cost-effective to deploy.

City governance models are being adapted to the changing social, economic, environmental and cultural dynamics in the region. Asia Pacific cities are engaging their communities in their efforts to drive sustainability outcomes. 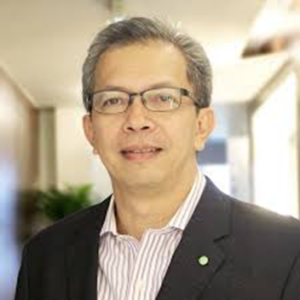