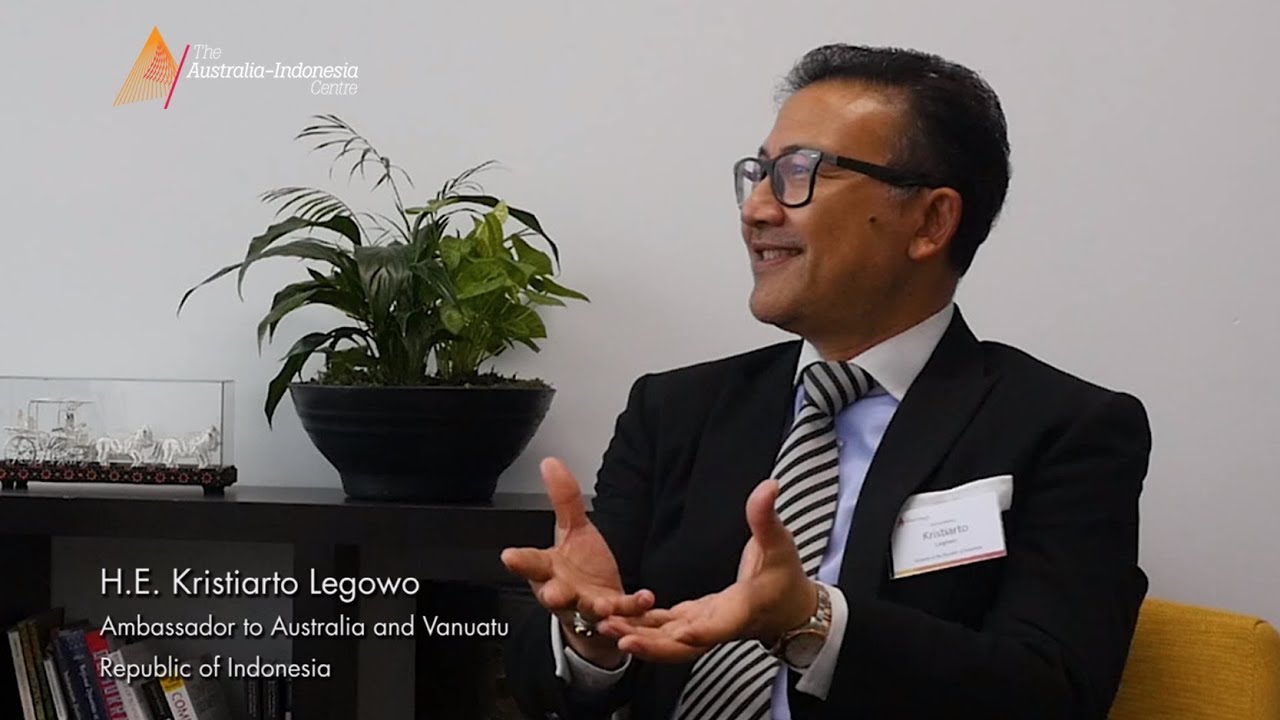 Speaking with Helen Brown for the Australia-Indonesia Centre, Indonesia’s recently appointed Ambassador to Australia H.E. Kristiarto Legowo revealed the focus of his mission.

“My president, he’s very specific,” the Ambassador says of the directions he received from Indonesian President Joko Widodo. “He told me ‘Kris, I’m sending you there when bilateral relations between our two countries are in very good shape, so you have to be able to capitalise on something’.”

The Ambassador’s two primary focuses are: expanding the economic relations between Australia and Indonesia, and enhancing people-to-people connections.

As both nations work towards cementing the Indonesia-Australia Comprehensive Economic Partnership Agreement, the Ambassador says, “We hope when we have these documents in place, we will really elevate the already good and robust economic partnership that happily exists between Indonesia and Australia.”

“When we have good relations at a government-to-government level we have to capitalise on something that would be mutually beneficial to people in our two countries.”