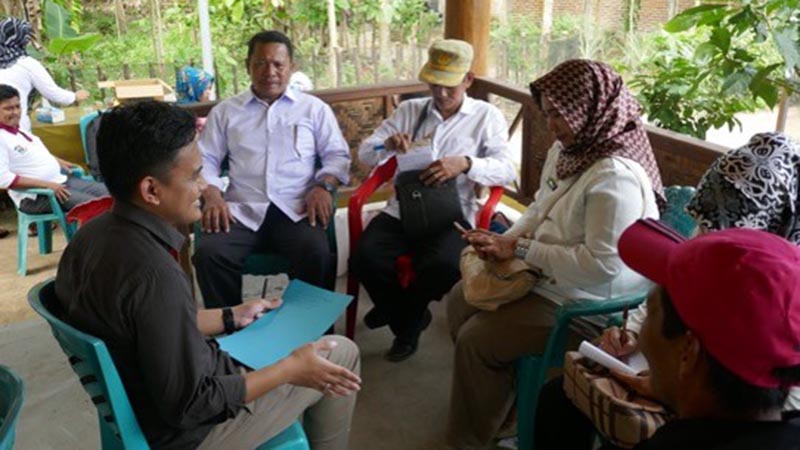 “[My AIC project] was my first time working with an international team… working across disciplines gave me extensive knowledge and the experience increased my interest in research.” –Muh Zaifullah, Australia Awards recipient 2019

Andi Imam Arundhana and Muh Zaifullah are previous research assistants with The Australia-Indonesia Centre and have become advocates for building a stronger relationship between Australia and Indonesia. Following a rigorous application process, and having withstood intense competition, the two have been granted Australia Awards scholarships to study in Australia in 2019 to further their careers whilst strengthening the relationship further.

What are the Australia Awards?

The Australia Awards are prestigious international scholarships and fellowships for study, research and professional development that aim to engage the next generation of leaders from across Asia, the Pacific, the Middle East and Africa. Administered by the Department of Foreign Affairs and Trade, the Australia Awards seek to empower recipients with knowledge and skills to drive change and development in their home countries.

The scholarship is comprehensive and covers full tuition fees and other associated study costs, living expenses, travel costs, and health insurance, as well as allowance for fieldwork for research students. For the 2019 intake, the Australia Awards were offered to 3,186 individuals – 30 per cent of which were Indonesian.

For 2019 recipient Andi, the Australia Awards represent an important opportunity to develop “knowledge and skills [to] underpin future research and education”. Over the past two years, Andi has been working with researchers from The Australia-Indonesia Centre’s network to improve the livelihood of cocoa farmers in Sulawesi. The project brought together researchers from Universitas Hasanuddin, The University of Sydney and Institut Pertanian Bogor.

When he arrives in Australia in early 2019, he will be working with Associate Professor Andrew Holmes on microbial diversity and nutritional health at The University of Sydney. Given his background in nutritional science at Universitas Hasanuddin and extensive involvement with the AIC research network, Andi is no stranger to innovative research in diverse teams. He plans to build his career through the public health sector, with a focus on obesity.

Similarly, Muh aims to continue to build on his past academic and professional experience through the Australia Awards scholarship. In 2019, he will begin a Master of Public Health at The University of Melbourne, with a specialisation in Global Health. Muh also worked with AIC researchers in the field of cocoa farmer wellbeing and livelihood, and he cites this experience of working with an interdisciplinary team made up of researchers from both Australia and Indonesia as a key catalyst for his deepened interest in research.

Muh’s research interests are maternal and child health, particularly in the area of international development. He aims to use his time in Australia to develop existing skills and knowledge, and to connect with other like-minded students. With his sights set on a career in an international organisation such as UNICEF, this won’t be the last we’re hearing of him.

The role of interdisciplinary research

In an increasingly connected world, training tomorrow’s global leaders in interdisciplinary, cross-national research is more important than ever. For both Andi and Muh, the experience of working with the AIC research network was their first exposure to an international team with a diverse mix of specialisations, including economics, agriculture, and health. According to Andi, this process highlighted the benefits of collaboration across disciplines, particularly when it comes to addressing public health issues. Muh echoed this idea, saying his experience with the AIC broadened his perspective by encouraging him to incorporate ideas from many different fields of inquiry.

The project itself strongly illustrated the benefits of bridging the gap between disciplines in order to address complex issues. According to head of International Research and Development at the University of Sydney Thomas Soem, this research “really brought health and agriculture together… We all knew the potential but this project has seen it realised”.

Read more about the project here.